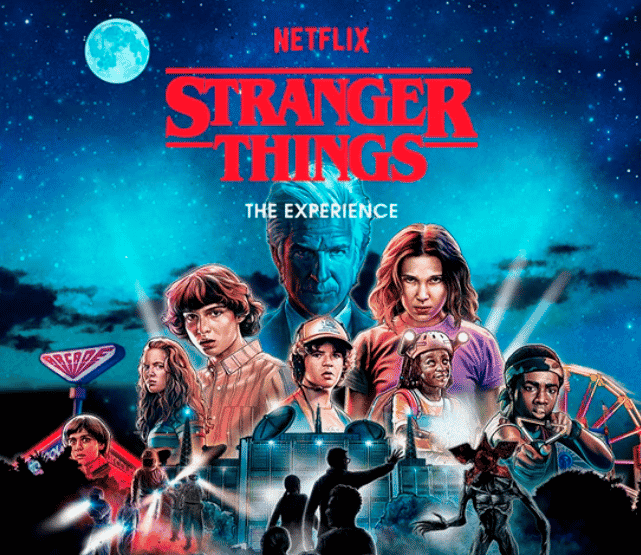 The Stranger Things Netflix Series NFT faces huge fan backlash for facing a myriad of issues when trying to play a minigame as we can see more today in our latest cryptocurrency news.

Candy Digital is a minigame that awards NFTs and it released another “Stranger Things” game for Netflix where the players have to solve riddles to earn the NFTs but some fans were not happy. The Strangers Things Netflix Series NFTs are 11,111 unique tokens on the Candy Digital Palm blockchain as an Ethereum layer-2 sidechain whcih signifies ownership of one of five digital posters. Netflix teased the NFT partnership with some hidden messages in the Season 4 trailer and last week, about 4700 players earned a free NFT poster of the show’s lead played by Millie Bobbie Brown by simply playing a mystery game that involves a virtual “Stranger Things” laboratory.

Done doing my third puzzle/artwork through Netflix x Candy partnered website in one of the Stranger Things Lite Brite probably this is the hardest one I have accomplished. Hope y’all like it. #StrangerThings4 #StrangerThings @netflix @Stranger_Things @CandyDigital 🦇🤩 pic.twitter.com/i1zwzSLwVn

This week, the new round of the minigame is live on the site and players have to solve riddles and earn one of the four free NFT posters. The responses to the news were mixed as there were some enthusiasts and fans of the show who said they really enjoyed the minigame. Among the lovers of NFTs, there were some that were logged out of their accounts while trying to complete the challenge. When the Twitter account shared the NFT last week, some fans were quite upset.  One fan wrote:

“I deeply love Stranger Things, but I’m profoundly disappointed that Netflix decided it’d be a good idea to run an NFT grift on its fans. I’m not going anywhere near this trash.”

thx for the #NFT @Stranger_Things pic.twitter.com/UMtE89RduN

“I am once again asking Netflix to STOP making NFTs of my favorite shows. I can’t handle the grief.”

I deeply love Stranger Things, but I’m profoundly disappointed that Netflix decided it’d be a good idea to run an NFT grift on its fans.

I’d love to play the games and solve the mysteries like the ARG for season three, but no. I’m not going anywhere near this trash.

Others called the NFT bullshit and replied with some vomiting emojis and crying GIFs. The NFT backlash is not something new, especially in the video game industry with many being outraged by the Ubisoft push into the TEzos NFT and Square Enix interest in the NFT gaming. The fan outrage against NFTs led to the cancellation of multiple games’ NFT integrations already. Candy’s Netflix NFT and minigame marked the platform’s foray into the Hollywood partnerships and before Netflix, Candy established partnerships with WWE, Getty Images, and Major League Baseball.

Institutions Turn To DeFi Other Than BTC and ETH? These DeFi Tokens To Surge By 25%!

ETH maintains its value above $2k

3 exchange related coins you should consider in August

$7 Million Worth of Ethereum Stolen During CoinDash ICO